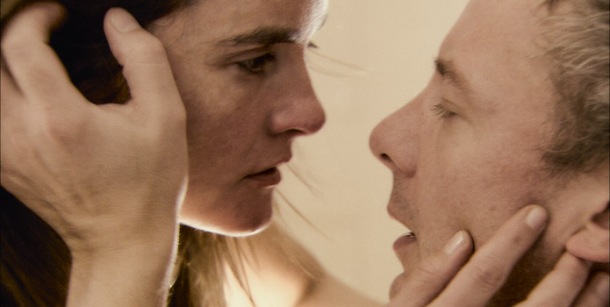 The peripatetic Michael Winterbottom proves once again that he can find a style to suit any subject. Commissioned by Channel 4 to make a film on the prison system, Winterbottom decided to employ a unique, almost documentary-style mode of production, shooting over a five-year period with a mix of professionals and non-professionals to document not only the life of an inmate but also, just as importantly, the passage of time, which takes on a different dimension for those behind bars. Because the film’s protagonist, Ian (John Simm), has four pre-teen children, the long shooting period was also used to realistically observe his family as they grew up over the course of his imprisonment. Everyday is the result: another engrossing film from this restless director.

The film feels spontaneous, alive and full of off-the-cuff moments. Ian’s wife, Karen (Shirley Henderson), is a reedy slip of a mother, who has to juggle the demands of getting four youngsters dressed, fed, and off to school every day and serving beer in a pub to support them, all the while trying to visit her husband as often as possible, which involves a lengthy train ride. Often towing a couple of the children along with her, she and Ian grab as many private moments as they can under the watchful eyes of the guards. Ian is allowed out on day passes as he gets closer to release, which means the family can do the things so long denied them: walk and play in parks, kick a football around, grab meals together. But Winterbottom is careful to balance this with the sheer grind that both adults must contend with, as well as the temptations that spring up along the way.

These developments are detailed in the most sensitive manner, and evolve naturally out of the narrative. Winterbottom is exceptional at capturing the rhythms and textures of daily life, as lived both behind bars and in freedom. Tension is everywhere, but so are respites of love and tenderness. And then, finally, Ian is released — but even though he has seen his wife and children over the years, will he be able to pick up where he left off? Winterbottom’s understated filmmaking gives Everyday a potent, quiet punch.