Highlights include premieres of films by Dustin Hoffman, Sally Potter and Tim Burton, and an appearance from the Rolling Stones 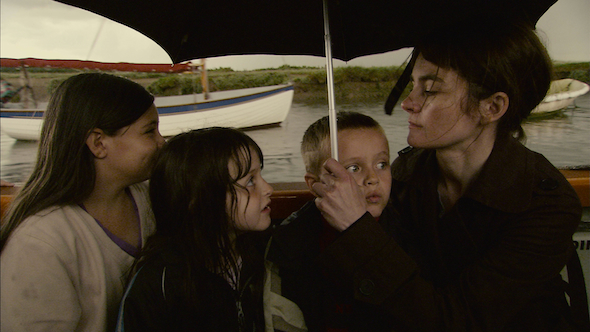 Michael Winterbottom’s delicate new film tells the story of four young children growing up with their mother while their father is in prison.

The British Film Institute has announced the full programme for the 2012 London Film Festival, which runs from 10 to 21 October.

The Official Competition selection boasts some big names in independent cinema. Michael Winterbottom, the prolific director whose works include A Mighty Heart and the recent Trishna, is represented by Everyday, a film about a Scottish family set over five Christmases that was filmed in two-week periods over five years. It stars Shirley Henderson and John Simm.

Winterbottom is joined by Sally Potter (Orlando, The Man Who Cried) with Ginger and Rosa (pictured above), and In Bruges director Martin McDonagh and his film Seven Psychopaths. Also included is Deepa Mehta’s adaptation of Salman Rushdie’s novel Midnight’s Children.

The selection also features a long list of UK premieres, with films by Michel Franco (After Lucia), David Ayer (End of Watch) and François Ozon (In the House).

The structure of the LFF has been refreshed by new festival director Clare Stewart, who previously helmed the Sydney Film Festival for five years. Titles are organised under a number of themes – Love, Debate, Dare, Laugh, Thrill, Cult, Journey, Sonic and Family – in an effort to help people discover the works that appeal to them more easily among the 200-plus list of films.

The BFI is also placing more emphasis on awards this year, with additional competitive sections.

The complete programme listing is available on the BFI website.