One gang, one plan, one big problem.

A man dies every hour and they all have to face up to it.

Joe wants out but the Don won’t take no for an answer. Carl lays a plan to use Alison as the bait. Will it work, or will Joe walk away?

The film aired on ITV4 on Father’s Day 2013, capping a week of activity by ITV and Prostate Cancer UK to raise awareness of a disease that is underfunded and poorly understood. 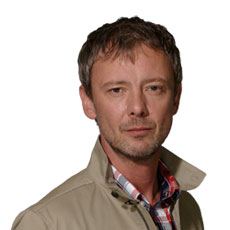 “I do everything right. It’s not fair.”

Dave’s in his forties. He’s healthy, he doesn’t smoke, he boxes and he runs.

But he’s been knocked sideways by his recent diagnosis of prostate cancer. It’s a disease Dave already knows something about. His older brother had it – and if it’s in the family, the risk of getting it is raised. So when the doctor suggested he get his prostate checked out, he agreed.

You are two and a half times more likely to get prostate cancer if your father or brother has been diagnosed with it. And there may be an even higher chance if, like Dave, your relative was under 60 when he was diagnosed.

They’ve caught Dave’s cancer early and he’s got treatment options which aim to get rid of the cancer. All treatments have pros and cons. Dave’s most worried about any impact they might have on his sex life.

If any of Dave’s story rings a bell with you, we can help.