Working on the thriller was almost too much for the Life On Mars actor, who “loved” the show but had to take a break after his injury 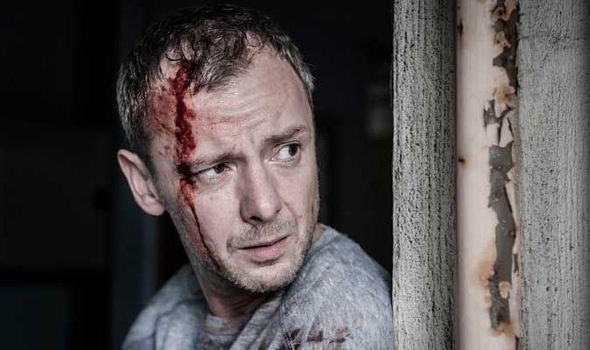 John was battered and bruised from filming

John Simm tore his calf muscle while filming Prey, meaning production had to be stopped for weeks so he could recover.

The Life On Mars actor takes on the role of police detective Marcus Farrow in the exciting new ITV thriller but an injury meant filming was delayed because he couldn’t carry on.

He told The Sun:

“We were filming a scene where Marcus is being chased through fields and ends up wading through a river. We were on about the third take of me clambering up this wet verge.

“As I launched myself forward my foot slipped and I felt my calf muscle tear. I’ve never had any problems before and it wasn’t as if I hadn’t stretched and prepared correctly.

“We had to halt filming for a while as the muscle healed and I had physio but I was raring to go when we resumed filming and there were no more problems.”

Despite his injury and the high-energy filming, John “loved” working on the show.

“It was a very physical role – lots of running, hanging off bridges and climbing fences. Hard work but I loved it.”