Nordic Entertainment Group has started the production of the original Viaplay series Cold Courage, whith Finnish and international top names such as Pihla Viitala, John Simm and Jakob Eklund. The series is based on Pekka Hiltun’s award-winning crime novel, and the filming takes place over the spring and summer in several European countries.

The main characters Mari and Lia are played by Pihla Viitala (Hansel & Gretel: Witch Hunters) and  Sofia Pekkari, who in her home country Sweden is known for her theatrical roles. Also in the series are the well-known British actors John Simm and Caroline Goodall. Simm is known for his roles in Doctor Who and Collateral and Goodall from films The Dressmaker and Schindler’s List. 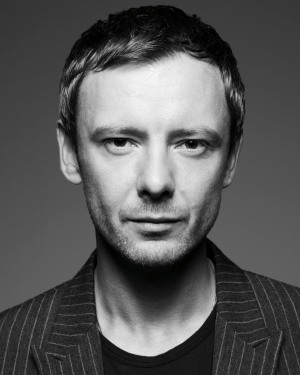 Other roles in the series are played by Antti Reini, Elmer Bäck, Jonna Järnefelt, Rea Mauranen, Antti Virmavirta and Jussi Nikkilä. On the international role list is also Jakob Eklund, who is known for his leading role in the Johan Falk films as well as Line of Duty, and Peter Coonan (Love/Hate).

The series is based on Pekka Hiltunen’s award-winning crime novel series Studio, which is translated into several languages ​​and takes place in London, where Finnish Lia meets her compatriot Mari. In the series, Mari leads a team of leading experts who correct disparities for influential people and large companies by taking the law into their own hands. A scary world filled with crime and fraud opens up for Lia, but the question is whether the purpose justifies the means. 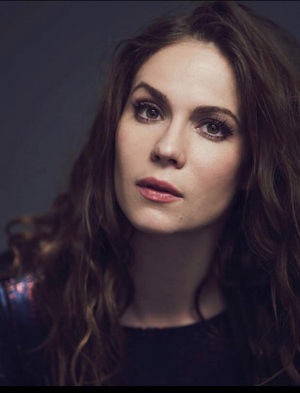 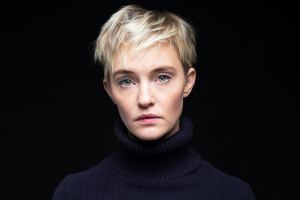 The script for Viaplay’s original series is written by David Joss Buckley and Brendan Foley. Agneta Fagerström Olsson (Wallander: Missing, Hammarkullen) and Kadir Balci (Marry Me) are the series’ directors.

The international series, which is one of Viaplay’s most ambitious productions ever, is filming in Dublin, London, Antwerp and Finland.

“Our goal is first and foremost to produce the best possible entertainment for the Nordic countries, but also to bring Finnish expertise and Finnish stories into the world. A project must meet the highest international quality criteria”, says Mathias Norrback, CEO of Nordic Entertainment Group Finland.

“We are committed to producing our own content, and Cold Courage is an important addition to the production of our Nordic original series. Our goal is to offer our viewers the best possible Nordic drama series, and a production like this one that is one of the largest in Finland supports this goal very well”, says Sanna Reunanen, Head of Viaplay Finland.

The series will premiere exclusively on Viaplay, and is produced by the Finnish production company Luminoir together with Irish Vico Fiolms, Belgian Potemkino and Icelandic Sagafilm Nordic. The series is produced by Markku Flink and Pauli Pentti from Luminoir. Lionsgate is responsible for the international distribution outside the Nordic countries.

The original series contains eight episodes, and the premiere is scheduled for spring 2020.