Production has been delayed, but for Peter James, the consolation remains that at least he’s got his Grace. Absolutely the right Grace. 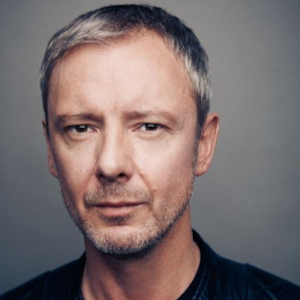 Peter, author of the Brighton-based Roy Grace crime novels, is thrilled that John Simm – Macbeth in Chichester last year – is to play him in a new prime-time ITV series.

Peter is equally pleased that the news has been so widely and so warmly received.

His view is that Simm, known to millions for his portrayal of out-of-time policeman Sam Tyler in Life on Mars, has got just the right qualities.

“I haven’t physically met him yet, but we had an hour-long Skype and we email each other.

“But what I really like about him is that John’s father-in-law was a copper in the Met for 35 years and shouts at the screen whenever there is a police programme on television that gets it wrong. John really absolutely understands my insistence that we get everything right.

“But also, he is pretty much exactly how I describe Roy Grace in the first book, the hair, the physical build. And he has a great warmth as an actor.

“I always jest about Roy Grace that if ever I was unlucky enough to have a member of my family murdered, I would want Roy Grace to be the investigating officer.

“John Simm has got that quality of humanity and warmth that I want.

“Since we made the announcement in February that John was going to be playing Grace, I have been inundated with comments, and you would have expected a proportion of them to be saying ‘Oh no! Not him!’ But I can count on the fingers of one hand the number of people who have been slightly negative about it, but even then, they have been saying ‘Oh, I wouldn’t have thought of him, but I am sure he is going to be good.’

“John is reading all the books, and he chats to me about them. He has just finishing reading Dead Like You and he said to me ‘I am looking forward to nicking the Shoe Man!’”

Production on the new series was due to start around the beginning of May: “But we are now beginning to see things starting up again. Coronation Street is back in production.

“I think we will be back in production in September, I would hope.

“The plan is for Sunday nights, the old Morse-slot on ITV, one book per two-hour episode.

“They are looking to do two books this year and then maybe three or four next year.”

Appropriately, it will be filmed in and around Brighton where the books are set – and Peter is delighted at the level of involvement he has had.

“I have been involved at every level of the script and the rewrites, all the casting, even the minor characters. They have asked my approval. They have involved me every bit as much as I would want to be involved. I would definitely give them ten out of ten in that respect.”

And when it hits the screens, possibly Easter-time next year, watch out in particular for the traffic cops. Peter’s intention is to join the cast in a cameo.

“The series has been a long time coming. But I have always thought that I wanted it to happen in a way that I was completely happy with, and I am sure it will.”

Peter’s latest Roy Grace book will be published on July 9.