The Gang is Back 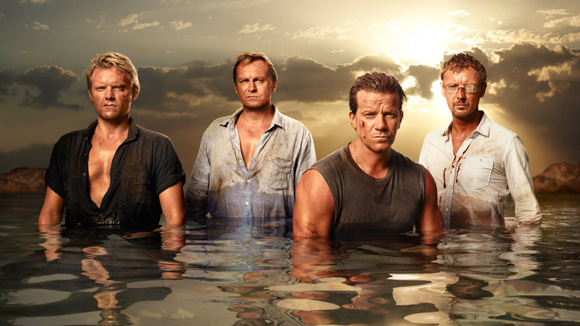 Mad Dog fans – the wait is finally over. Mad Dogs 2 has been confirmed for early 2012 and Max Beesley, Philip Glenister, John Simm and Marc Warren will all reprise their roles.

Leftbank Pictures are once more behind the second series, filming this summer in Majorca and Ibiza, and will once again comprise 4 hour-long episodes for transmission in early 2012 with all cast optioned for a potential third series too.

So there’s more of this…

However, it isn’t long before they realise they’ve made the wrong move, setting themselves on an even more misguided course. In the series two opener viewers will see another killing and an escape with the drug money but can they really make a getaway when there are people who want their money back? The complicated situation the friends have found themselves in continues to spin wildly out of control and surely it can only be a matter of time before they face their day of reckoning…

Series one proved a big success with viewers earlier this year gaining a loyal weekly audience to become the eleventh most watched programme in Sky 1’s history. And the programme has also received a BAFTA nomination for Drama Serial.

Stuart Murphy, Director of Programmes, Sky 1 HD, Sky 1, 2 & Pick TV and Director of Commissioning, Sky Entertainment commented: “Customers loved this show so it’s great to commit to more. At Sky we work hard to bring our viewers high quality original entertainment made by the very best production companies with fantastic talent so I’m delighted we can confirm Mad Dogs’ return just a few weeks after the first series has finished its run. This also marks a growing investment in British scripted content, to sit alongside our great American shows.”

And a little more of this…

Andy Harries commented: “Mad Dogs had such an impact that it was as obvious as a dead goat that we had to do more and all the our amazing cast felt the same.”

Suzanne Mackie said: “Before we had finished the first series of Mad Dogs we felt that there was so much more to do with these characters. I have been working with Cris Cole on the scripts ever since we finished shooting series one and the ideas for series two and three are every bit as explosive and inventive as they were at the beginning.”

Excited? Can’t wait to see the boys back in action? Let us know and join the conversation on our Facebook page and Twitter stream.

With thanks to The Railway Arms for the News Link!