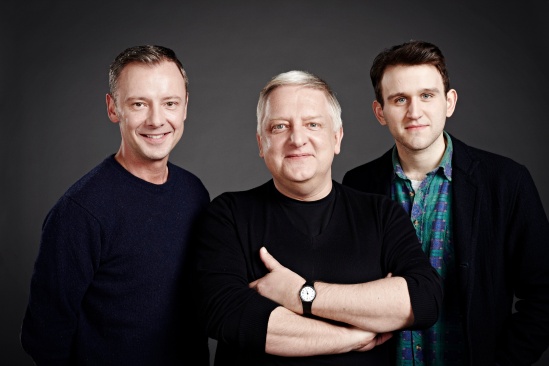 The Hothouse is part of an exciting season of work for Trafalgar Transformed, a joint initiative between director Jamie Lloyd (Donmar’s Passion, Broadway’s Cyrano de Bergerac, the National Theatre’s She Stoops to Conquer, Royal Court’s The Pride) and Howard Pinter. It comes hot on the heels of the critically acclaimed and sold out Macbeth, starring James McAvoy. The official synopsis is as follows:

It’s Christmas Day in a nameless state-run mental institution where the inmates are subjected to a tirade of mindless cruelty. A maniacal and self-obsessed leader breeds a contagion of hierarchical savagery amongst his staff, who thrive on a noxious diet of delusion and deceit.

The day got off to a lousy start!  A death and a birth.  Absolutely bloody scandalous!  Is it too much to ask – to keep the place clean?

Under a veil of devilish wit and subversive humour, Harold Pinter’s biting political commentary on the perils of unchecked power is as vital and pertinent today as when it was written in the 50’s.

The Hothouse will run at Trafalgar Studios, Whitehall, from Saturday 4th May until Saturday 3rd August. Performances run:

Ticket prices range from £10 to £54.50 and can be purchased online or direct from Trafalgar Studios box office. You can follow Trafalgar Transformed on Twitter.