An honest man takes the law into his own hands… with consequences. 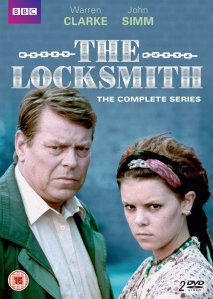 Roland Pierce (Warren Clarke, Poldark, Nice Work, In the Red) is a locksmith and proud of it. He is an honest craftsman, unlike his apprentice Barry who was born to party.

Then Roland’s ex-wife is nearly killed by an intruder in an attempted robbery, and his life spins out of control. The police are certain they’ve got their man; a local junkie (John Simm) known for causing trouble. But Roland is unconvinced and decides to takes the law into his own hands.

The consequences will haunt him for the rest of his life.

This pacey drama launched John Simm (Life on Mars) into the public eye and features a career-defining performance from Warren Clarke.

Order The Locksmith on DVD

To celebrate the release of The Englishman’s Castle, Chandler and Co., A Picture of Katherine Mansfield, The Locksmith and Lazarus & Dingwall on DVD, we are giving 1 lucky WhatCulture reader the chance to win a bundle containing all five!